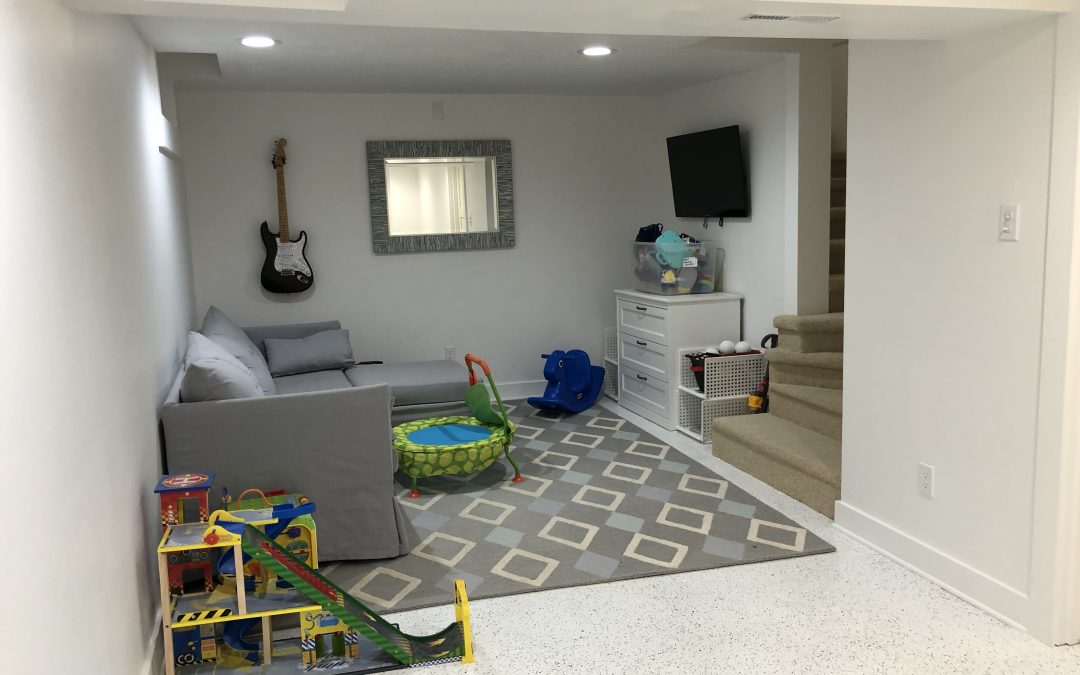 Insulating a ceiling is a multi step process requiring the right tools to complete the basement finishing project.

In our basement ceiling project, we went out and purchased foam board and pink fiberglass insulation. A couple other tools you will need will be: Spray foam, Furring Strips, A powder set gun, foam board adhesive, insulation tape, and acoustical caulk.

First step is to make sure the area is clean and free of debris. Next you will measure out where you want the furring strips to go and make sure there are no large gaps for the insulation. This basement finishing is going to include the ability to be soundproof from the outside.

Cut six to eight pieces of furring strips. Drill holes in the furring strips to fit the screws through. Place the double-sided tape over the hole and glue it to the studs with masking tape. Caulk the seams of the wall and the bottom of the joist.

You can also use a powder set gun instead of drilling holes into the furring strips.

This is the method we went with but either way works. After that, you will take the pink fiberglass insulation and start to insulate the ceiling. Next you will want to take the spray foam and fill the cracks or holes around the edges of the ceiling and walls. This spray foam will harden and become another layer of sound deadening.

The ceiling above the Basement Ceiling should be treated as a Dry Ceiling.

After you have got all the pink fiberglass insulation up and then sealed it in with the foam boards, tape the edges with the Insulation tape. This will finish out the ceiling build. Any next steps you take will be getting designer tiles or some ceiling pattern that you want that will go over the foam boards.